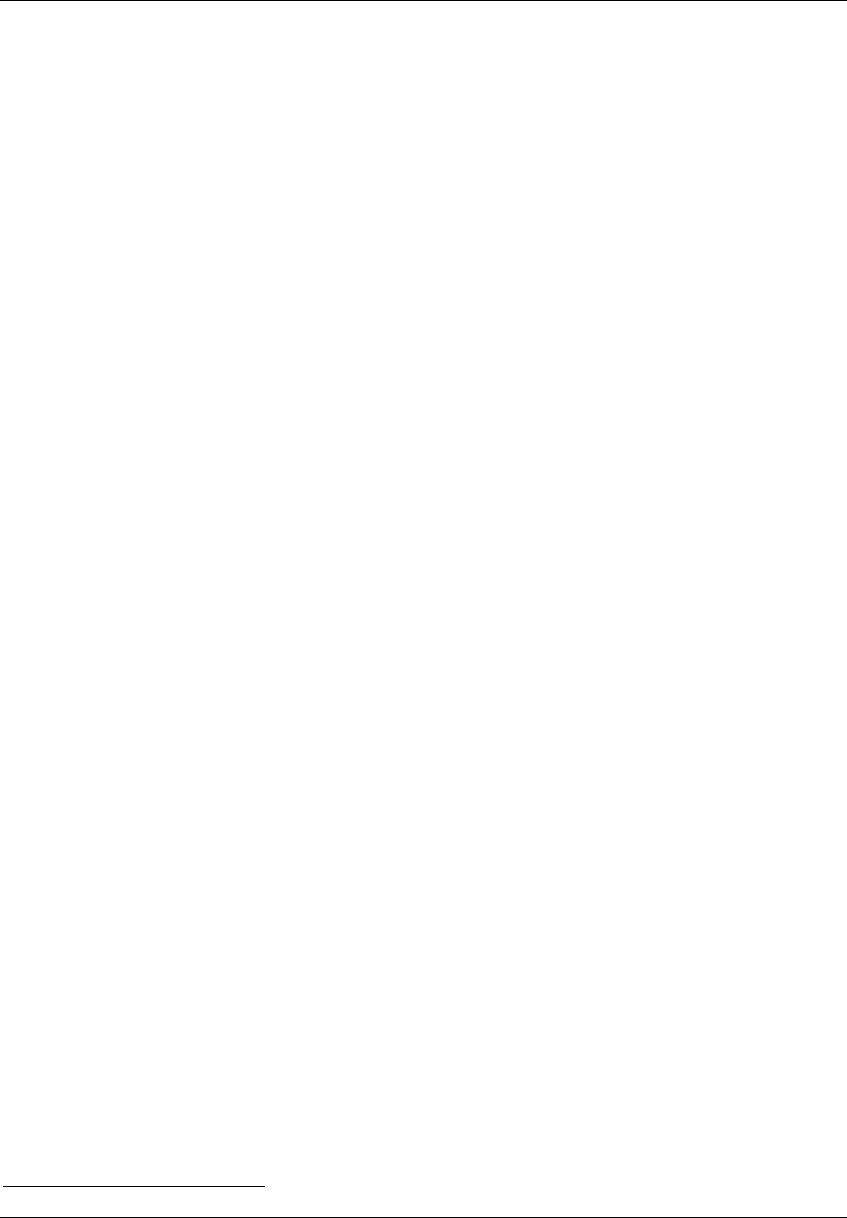 41
Glossery
Default Gateway (Router): Every non-router IP device needs to configure a
default gateway’s IP address. When the device sends out an IP packet, if the
destination is not on the same network, the device has to send the packet to its
default gateway, which will then send it out towards the destination.
DHCP: Dynamic Host Configuration Protocol. This protocol automatically gives every
computer on your home network an IP address.
DNS Server IP Address: DNS stands for Domain Name System, which allows
Internet servers to have a domain name (such as www.Broadbandrouter.com) and
one or more IP addresses (such as 192.34.45.8). A DNS server keeps a database of
Internet servers and their respective domain names and IP addresses, so that when
a domain name is requested (as in typing "Broadbandrouter.com" into your Internet
browser), the user is sent to the proper IP address. The DNS server IP address used
by the computers on your home network is the location of the DNS server your ISP
has assigned to you.
DSL Modem: DSL stands for Digital Subscriber Line. A DSL modem uses your
existing phone lines to transmit data at high speeds.
Ethernet: A standard for computer networks. Ethernet networks are connected by
special cables and hubs, and move data around at up to 10/100 million bits per
second (Mbps).
Idle Timeout: Idle Timeout is designed so that after there is no traffic to the
Internet for a pre-configured amount of time, the connection will automatically be
disconnected.
IP Address and Network (Subnet) Mask: IP stands for Internet Protocol. An IP
address consists of a series of four numbers separated by periods, that identifies a
single, unique Internet computer host in an IP network. Example: 192.168.2.1. It
consists of 2 portions: the IP network address, and the host identifier.
The IP address is a 32-bit binary pattern, which can be represented as four cascaded
decimal numbers separated by “.”: aaa.aaa.aaa.aaa, where each “aaa” can be
anything from 000 to 255, or as four cascaded binary numbers separated by “.”:
bbbbbbbb.bbbbbbbb.bbbbbbbb.bbbbbbbb, where each “b” can either be 0 or 1.
A network mask is also a 32-bit binary pattern, and consists of consecutive leading
1’s followed by consecutive trailing 0’s, such as
11111111.11111111.11111111.00000000. Therefore sometimes a network mask
can also be described simply as “x” number of leading 1’s.
When both are represented side by side in their binary forms, all bits in the IP
address that correspond to 1’s in the network mask become part of the IP network
address, and the remaining bits correspond to the host ID.
For example, if the IP address for a device is, in its binary form,
11011001.10110000.10010000.00000111, and if its network mask is,
11111111.11111111.11110000.00000000